Vinadio and the Stura Valley

The origin of the municipality itself took place towards the end of the XI century. The Stura valley was divided into two parts at that time: The Upper Valley and The Lower Valley. The Upper Valley started from the town of Aisone and ended at the Argentera Pass. The municipalities of the Upper Stura Valley, joined their forces for their own defence sake fortifying and supplying themselves with arms and around that time the castle of Vinadio was probably built. It seems that it already existed in the thirteenth century as evidenced by an act edited in the castle of Nice in 1388, by Count Amedeo of Savoy, which obliged him to guard, repair and maintain the old castle of Vinadio which was however demolished in July 1542.

The oldest part of the village develops along N. Sauro street which is better known as the " Chariero Drecho ", because of the 28 meters of altitude difference that must be overcome to reach its fulcrum, the parish church of S. Fiorenzo. The road axis from which the whole town developed, still retains numerous testimonies of medieval Alpine architecture: rural buildings leaning against each other or interspersed with stone arches and spaces between walls.

On the Municipality emblem there is a bunch of grapes with the words " sicut vitis abudans " and also the Municipality etymology recalls the word wine, but it surely does not mean "Vino addio” (Farewell wine). Vinadio is, in fact, the Italian translation of the Occitan name Vinai which could be the contraction of "Vin aigre - sour wine" or could be derived from the ancient population of the Venenian Gauls who inhabited the valley. Formerly in Vinadio, which is at a limit altitude for the cultivation of grapevine, some local wine was produced, but it was not so valuable. Today, however, a lot of water of excellent quality is produced in this area.

The parish church
The church, dedicated to San Fiorenzo, is one of the Romanesque - Gothic jewels of the Stura Valley because of its prothyrum and bell tower. Built in the 14th century, it was then enlarged in the 17th century. In 1833 it risked being demolished because of the construction of the Fortress and only King Charles Albert’s intervention spared it and a plaque on the pillar in front of the statue of San Fiorenzo commemorates this episode.

The "Chariero Drecho" ancient street
The oldest part of the village develops along N. Sauro street, better known as the " Chariero Drecho ", because of the 28 meters of altitude difference that must be overcome to reach its fulcrum, the parish church of S. Fiorenzo. The road axis from which the whole town developed, still retains numerous testimonies of medieval Alpine architecture: rural buildings leaning against each other or interspersed with stone arches and spaces between walls. This is the perfect scenario for the setting of the "ancient crafts" which are recalled here on a multi-annual basis over the Christmas period. 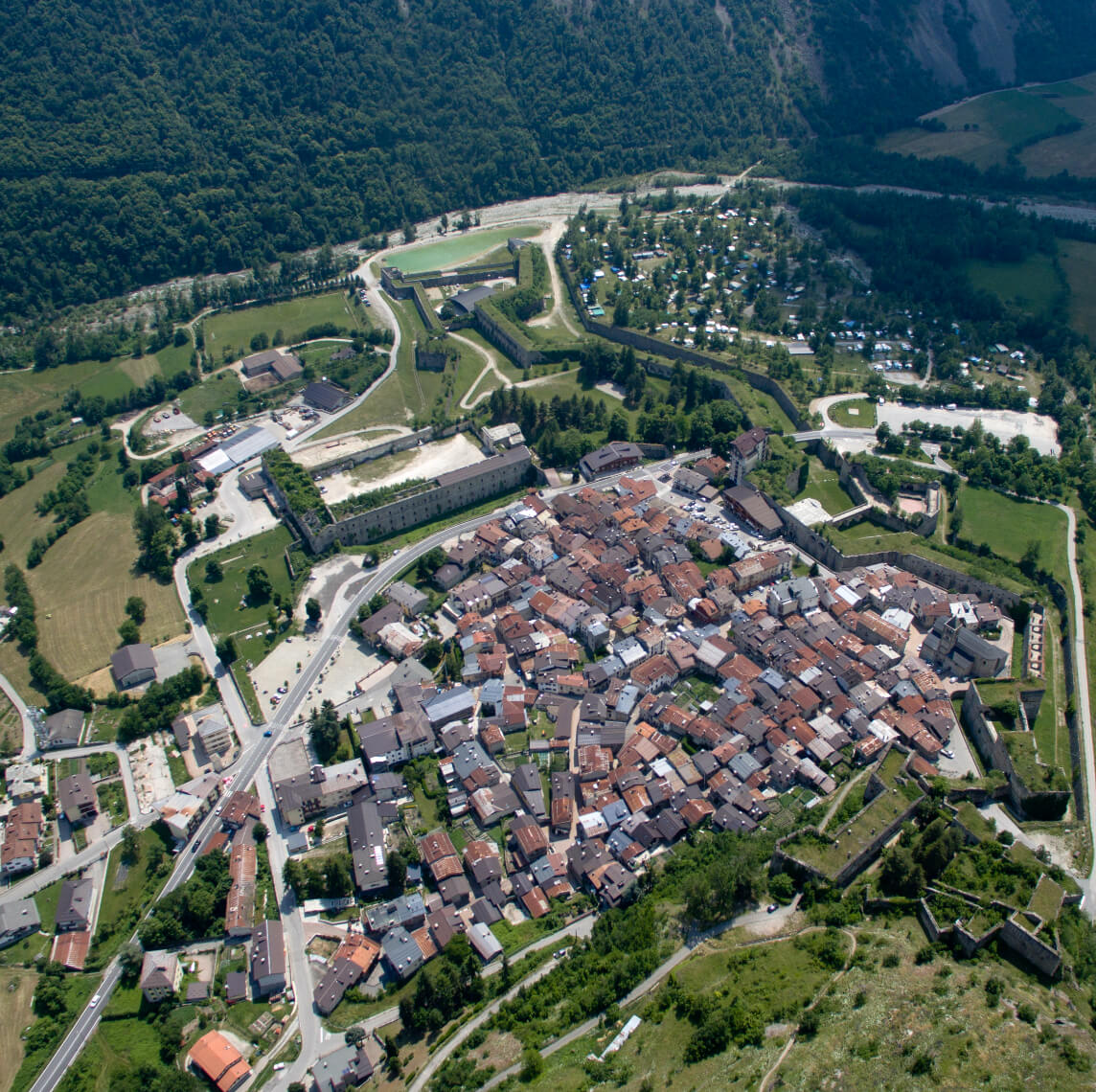 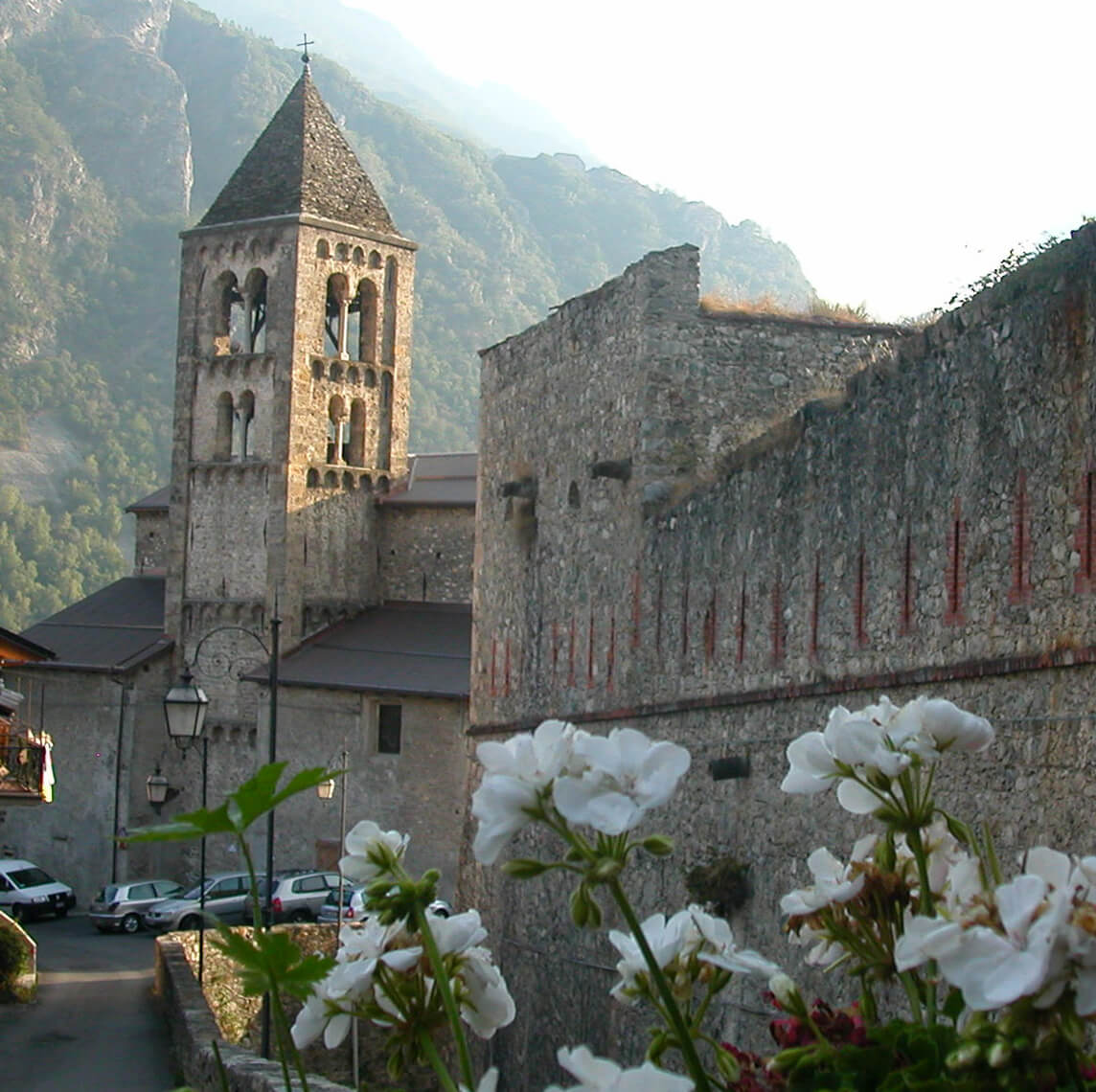 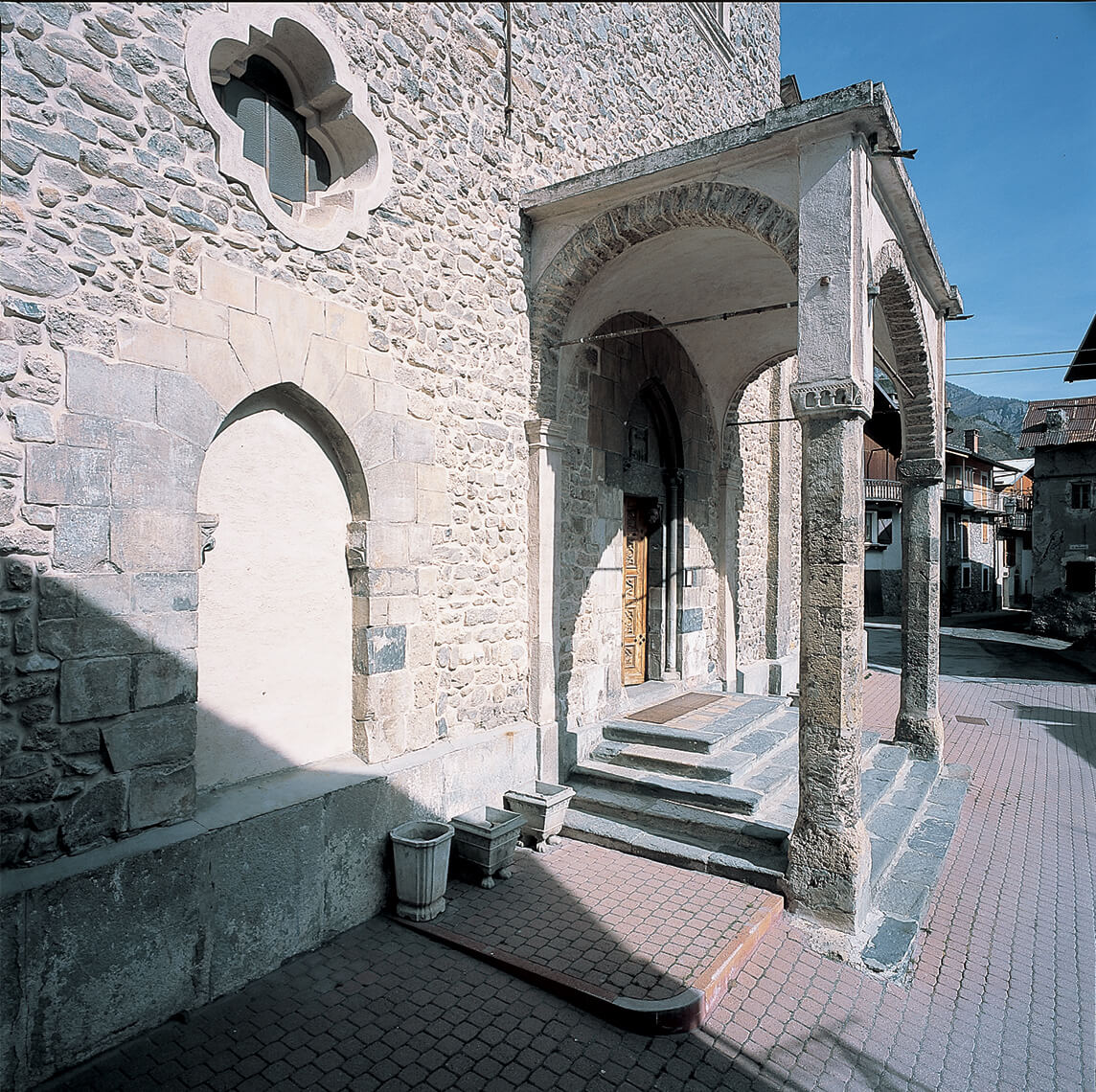 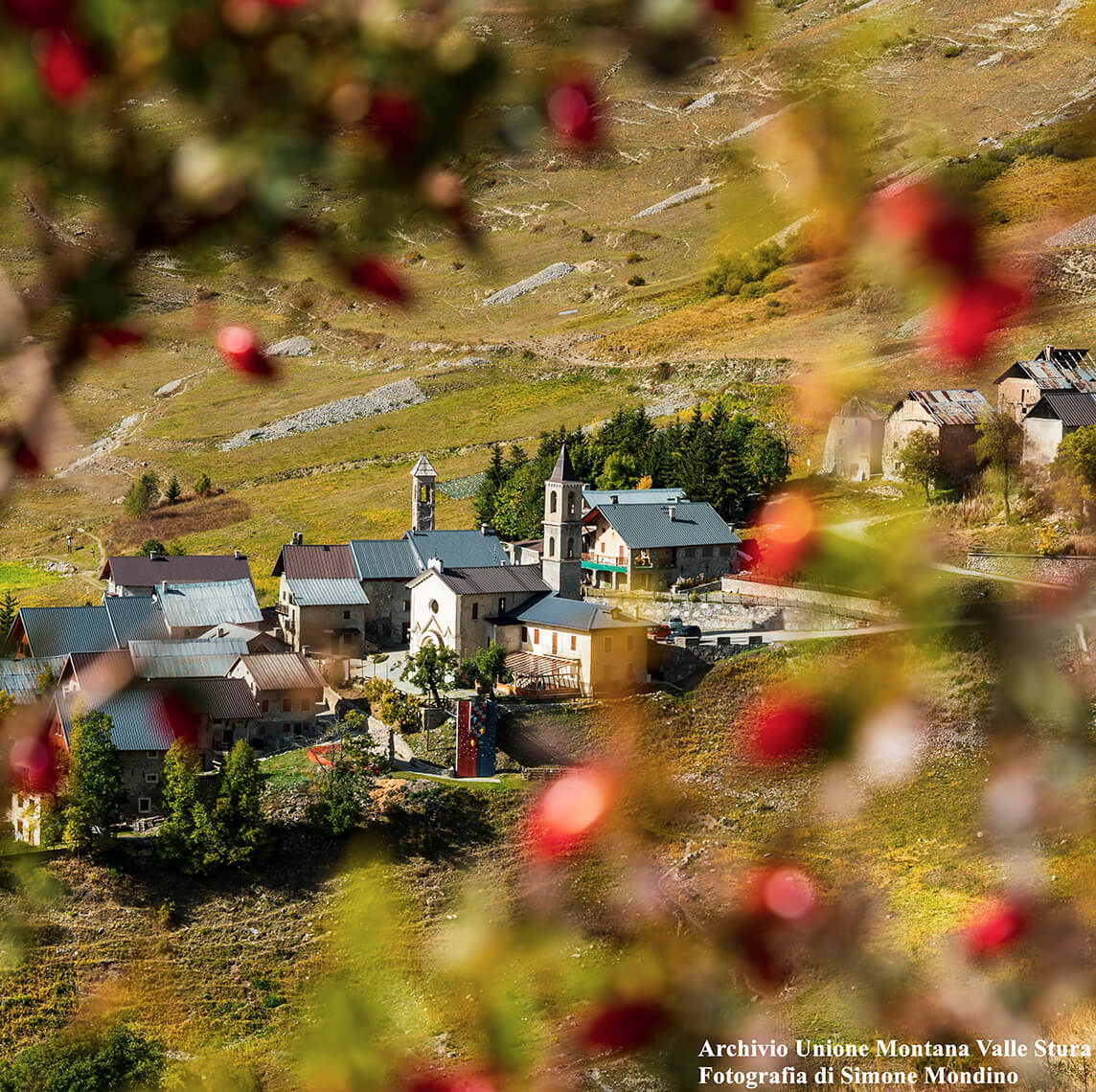 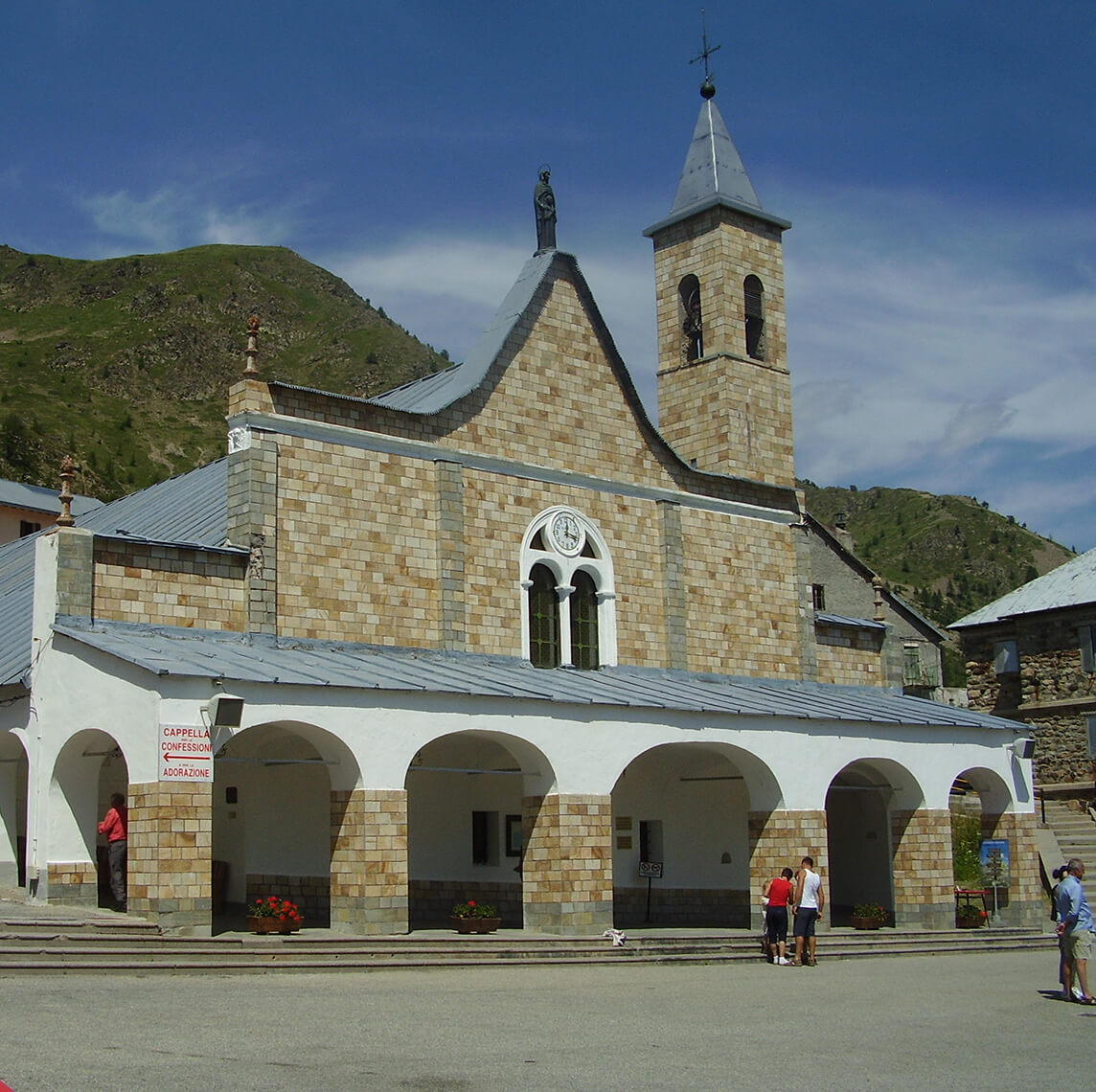 The Sanctuary of S. Anne of Vinadio
Located 17 km from Vinadio, along the road leading to the Lombarda Pass, at an altitude of 2,010 m above sea level it holds the record of the highest sanctuary in Europe. Its origins go back to the Middle Ages when it was a hospice for travellers. The current church is the destination of numerous pilgrimages and is full of votive offerings. It was built in 1680 directly on the rocky slope thus making its floor seriously sloped. Its patronal feast is on July 26th and is always a great occasion for Italian and French pilgrims to meet with a traditional procession and celebration. Summer opening. Telephone: 0171/959125 - info@santuariosantanna.it - http://www.santuariosantanna.eu/

The Thermal baths of Bagni di Vinadio
Rebuilt in the mid-18th century, the thermal baths exploit the waters of 8 sulphurous springs with temperatures ranging from 30 to 62 ° conveyed to supply its indoor and outdoor pools. The hot waters are used in the form of baths, moulds, stoves, muds and also in the treatment of diseases of the respiratory tract as well as skin, rheumatic or arthritic diseases. A plaque commemorates Cavour's stay here in 1834.
The SPA of the thermal baths is the ideal place for a stay to experience tranquillity and well-being.

Traditional alpine architecture
The territory of Vinadio still preserves numerous examples of traditional architecture: rural buildings, made of wood and stone and any other poor raw material that the alpine environment makes available. In particular, in the hamlets of Neraissa and Podio Soprano you can still recognize buildings of considerable size with stone walls and thatched roofs, while in San Bernolfo and Callieri, which are villages in the valley of Bagni di Vinadio, there are buildings with a stone wall base and walls in Blockbau, that is overlapping trunks stuck in the corners and a thatched roof.

Military architecture
The Albertinian Fortress of Vinadio is part of the more complex defensive and barriers system of the entire Stura Valley, which it defended on the main axis with points of reference in the Neghino fortress with an elliptical plan (on the orographic left of the Stura), in the fortresses of Piroat and Serziera, in the defensive body of Sources (on the orographic right of the Stura) and in the fortresses of Testa Rimà and Punta Ciarnier (on the watersheds of the valleys of Rio Freddo and Sant'Anna).

The nature
The territory of Vinadio, which extends from the Maritime Alps to the Cottian Alps, has numerous sites of environmental interest where, far from the usual mass destinations, it is still possible to immerse in nature surrounded by a splendid scenery. On the orographic left, in the Neraissa valley, you can admire the curious erosive columns, called " ciciu " which, because of their geological characteristics, represent a real rarity. The suggestive alpine environment of the side valleys of Rio Freddo, Sant'Anna and Bagni di Vinadio with the numerous lakes with crystal clear waters, offers a botanical (including the very rare saxifraga florulenta) and fauna (chamois, ibex, deer, roe deer, marmots, eagles…) richness of exceptional biodiversity.

Events
Numerous cultural and musical summer shows are organized inside the Fortress. The last weekend of November the Fortress attack gallery comes alive with the stalls of the Christmas market: an opportunity to meet Santa Claus and also buy typical artisan products and crafts choosing from a hundred exhibitors. 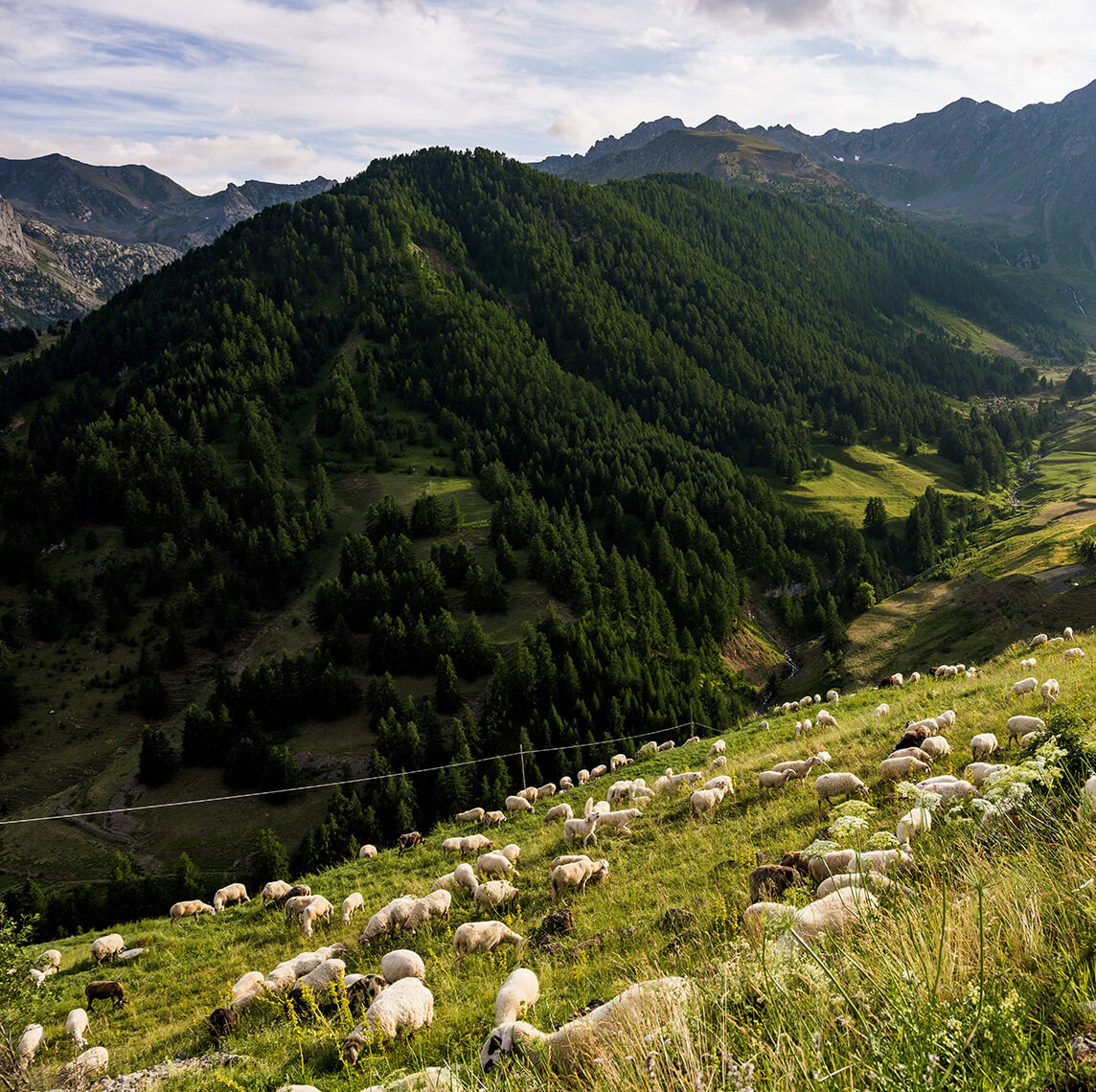 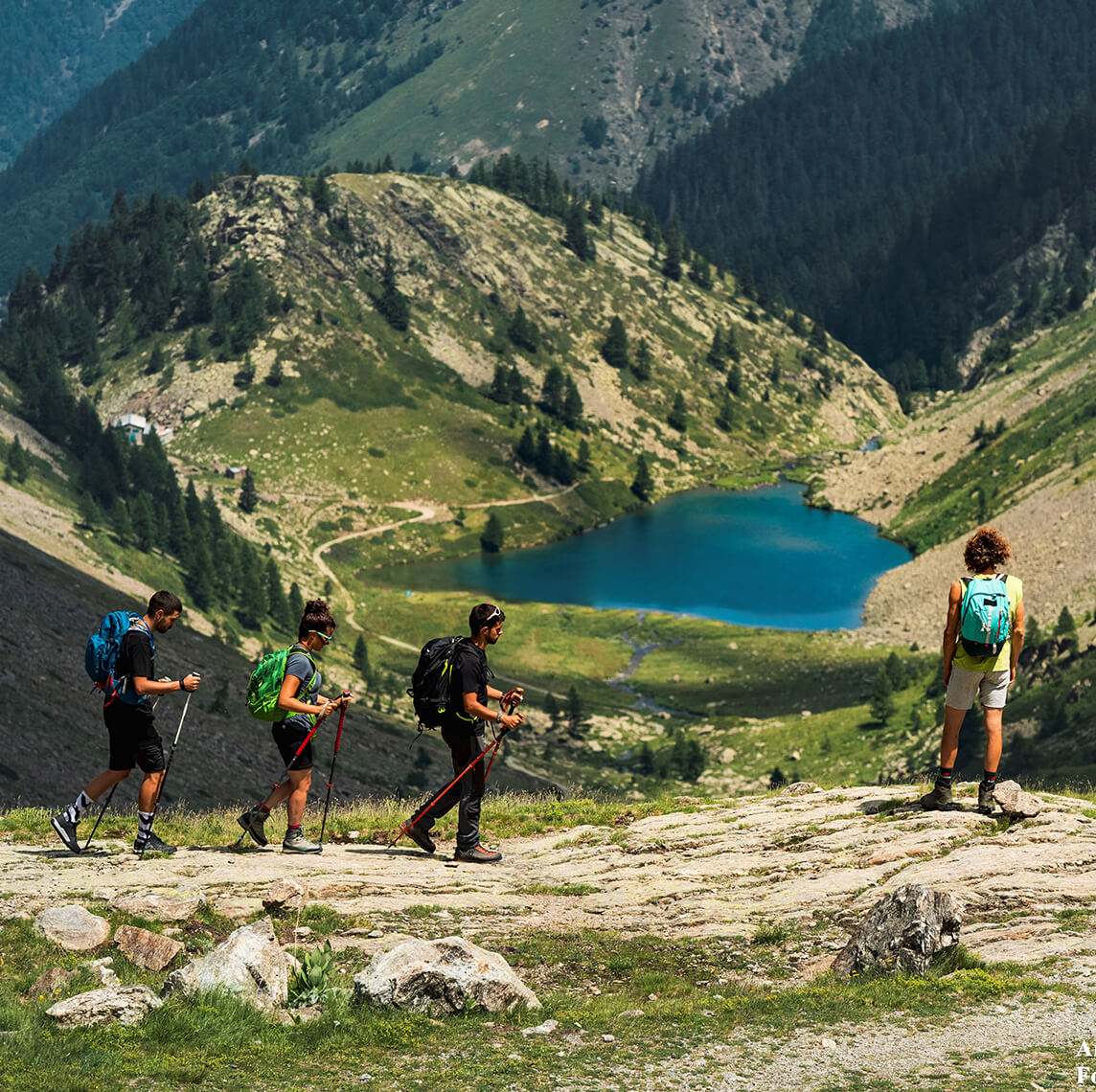 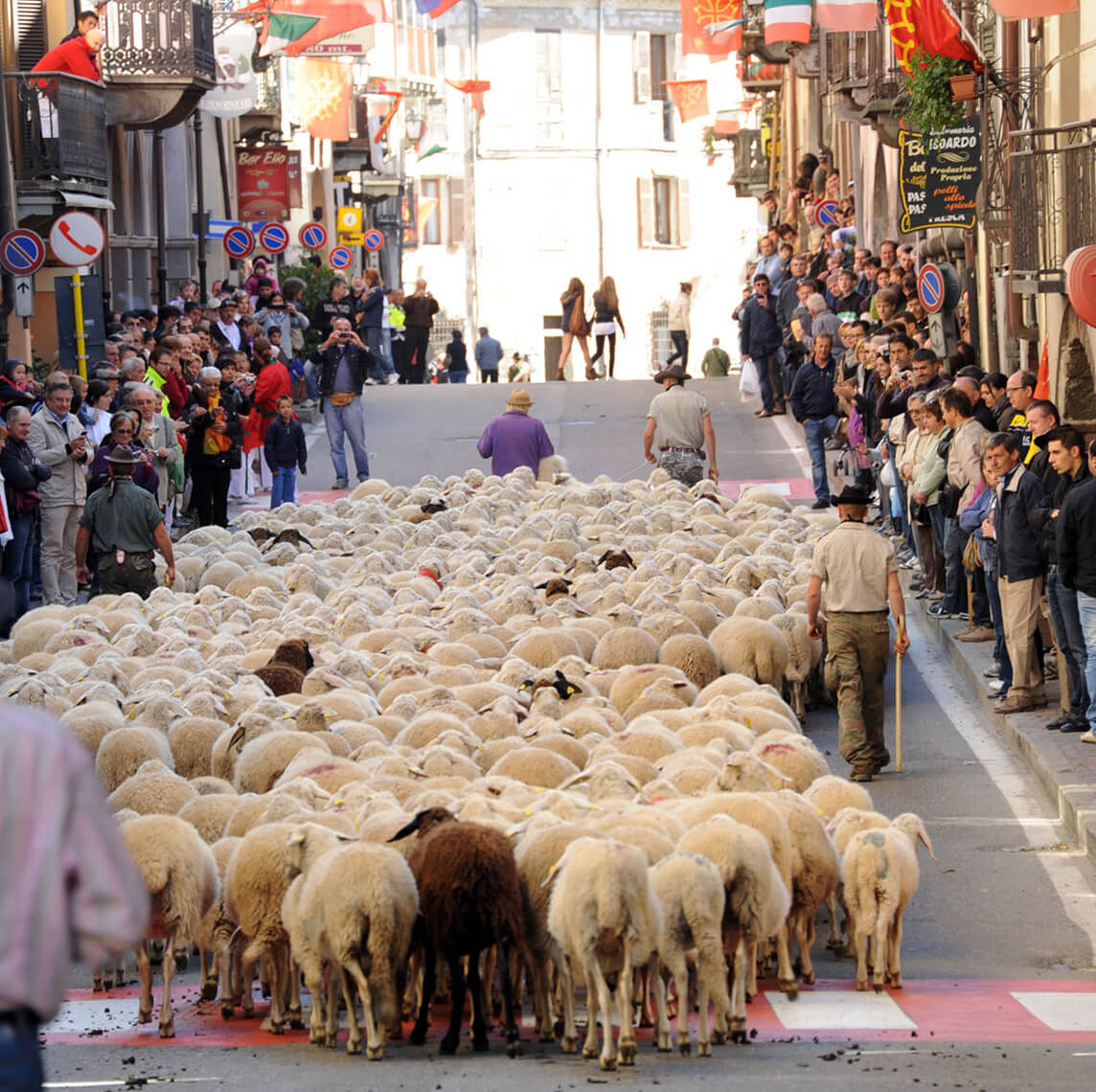 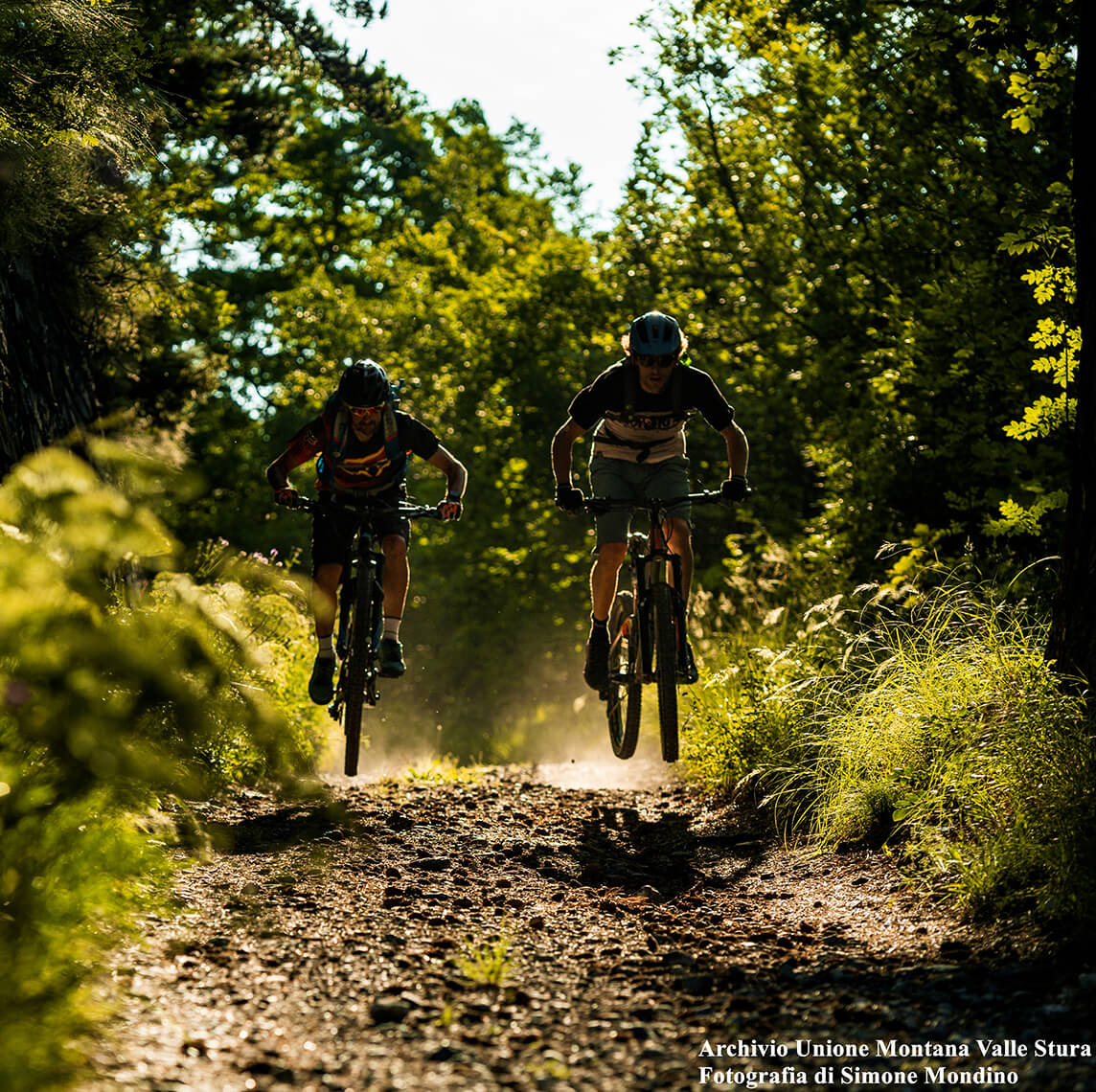 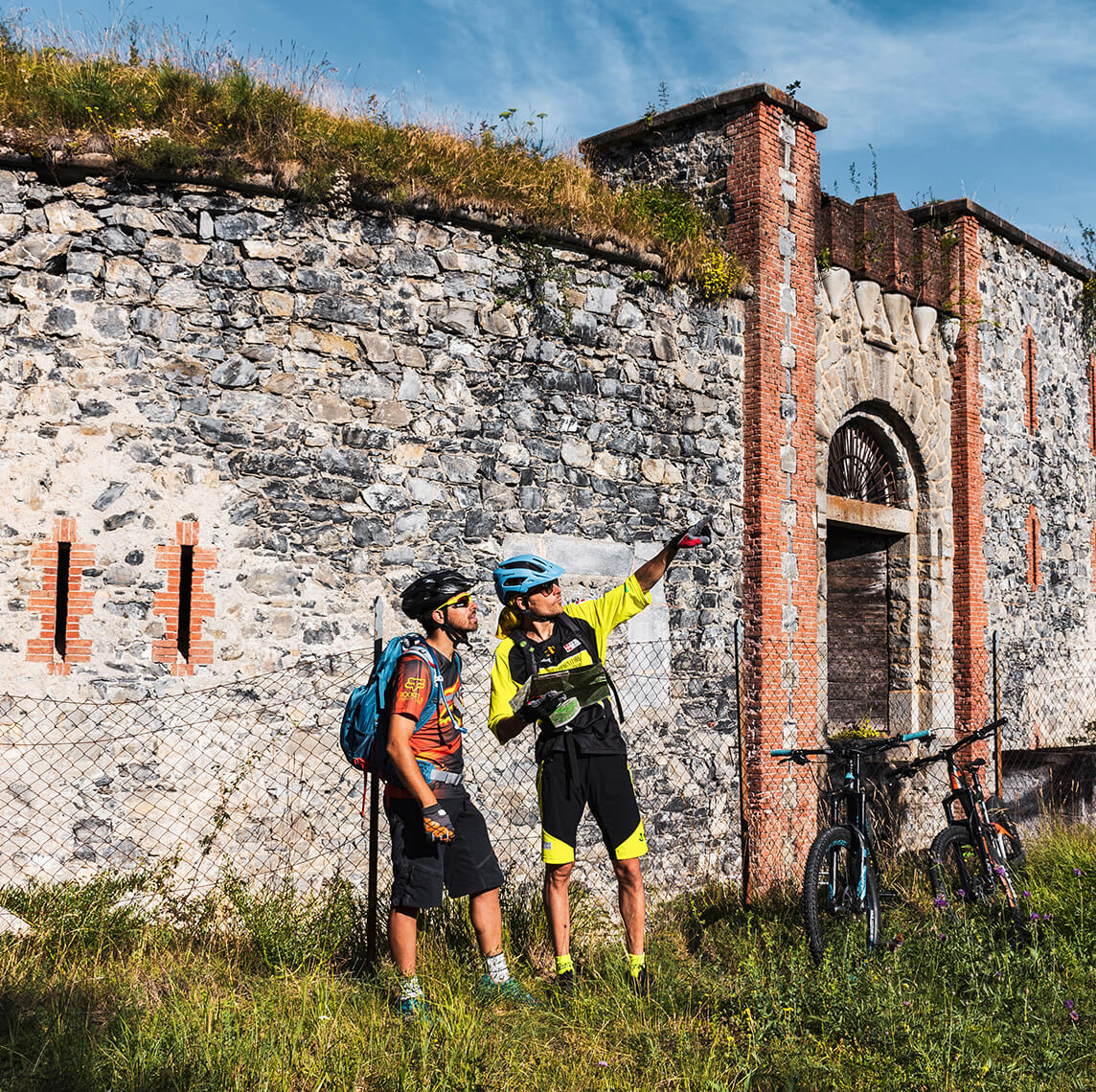 Hiking
With its numerous paths, Vinadio’s territory remains a true paradise for hikers. This area is crossed by international hiking itineraries such as the GTA (Great Crossing of the Alps) and the Via Alpina, as well as the Lou Viage valley path.
For information: map of the paths and refuges IGC n ° 112 (1: 25000) - Alps without borders IGN Argentera Mercantour n ° 5 & Haute Tinée Alta Val Stura n ° 6 (1: 25000).

Mountain biking
Thanks to the numerous military roads and mule tracks, Vinadio is a mountain bike capital.
A map for bike and e-bike itineraries in the Stura Valley in scale 1: 25,000 is available in the shops in Vinadio
Electric bicycles (e-bikes) are available for rent in Vinadio.
For information visit the website:
www.mtbvallestura.com

Cycling tourism
For those who love cycling, there is the possibility to try their hand on the rise that leads to the sanctuary of Sant'Anna and the Lombarda Pass (2,351 m) and for the more trained ones, there is a very sporty ring route that leads from Vinadio up to the Lombarda Pass and then follows up to the de Restefond Pass- La Bonnette on the highest road in Europe (2,802 m) to finally come back to Vinadio from the Maddalena Pass (1,996 m).

Sport climbing
Various free tracks immersed in nature offer technical climbing of moderate difficulty as well as some sectors with nailing suitable for climbing children.
In winter it is possible to climb on the natural ice waterfall in the hamlet of Strepeis - Bagni di Vinadio.
For information call: 0171 95812 / 0171 95862

The crousét
This is the typical pasta from the Upper Stura Valley and is rigorously handmade and characterized by its concave shape and many folds. "CROUSET" has been a collective brand since 2017, to preserve its traditional preparation technique and guarantee the quality of the product to the final consumer. Every year in June, Vinadio celebrates its typical product par excellence with the " Crousét Festival ".
You can taste crousets or buy them directly from Vinadio, Valle Stura and Cuneo shops and restaurants who display this brand logo on their window.

The Sambuco lamb
The Sambuco lamb is a particular type of lamb, which is highly appreciated for gastronomic use, in fact it falls within the Slow Food Presidia and traditional Italian agri-food products bred in the Stura valley, in Piedmont and is also protected by the collective mark of the Consorzio l' Escaroun.
On the last Sunday of October, in Vinadio, the centenary fair of the Saints is an opportunity to see the best Sambuco sheep.

The meaning of the name Vinadio
On the coat of arms of the Municipality there is a bunch of grapes accompanied by a quote taken from Psalm 127 - song of the ascensions - " sicut vitis abundans " (as a fruitful vine), a symbol or perhaps a wish for fortitude, sweetness, industriousness and wealth.
In addition to the emblem, the etymology of the Municipality also refers to the wine word. It is no coincidence that there are two possible etymologies of the name Vinadio: it could be derived from the ancient population of the Venenian Gauls who inhabited the valley or it could be the Italian translation of the Occitan name Vinai - contraction of “vin aigre” - sour wine. In fact, in ancient times in Vinadio, which is at a limit quota for the cultivation of grapevine, some local wine of not excellent quality was produced, but today a lot of high quality water is produced here. 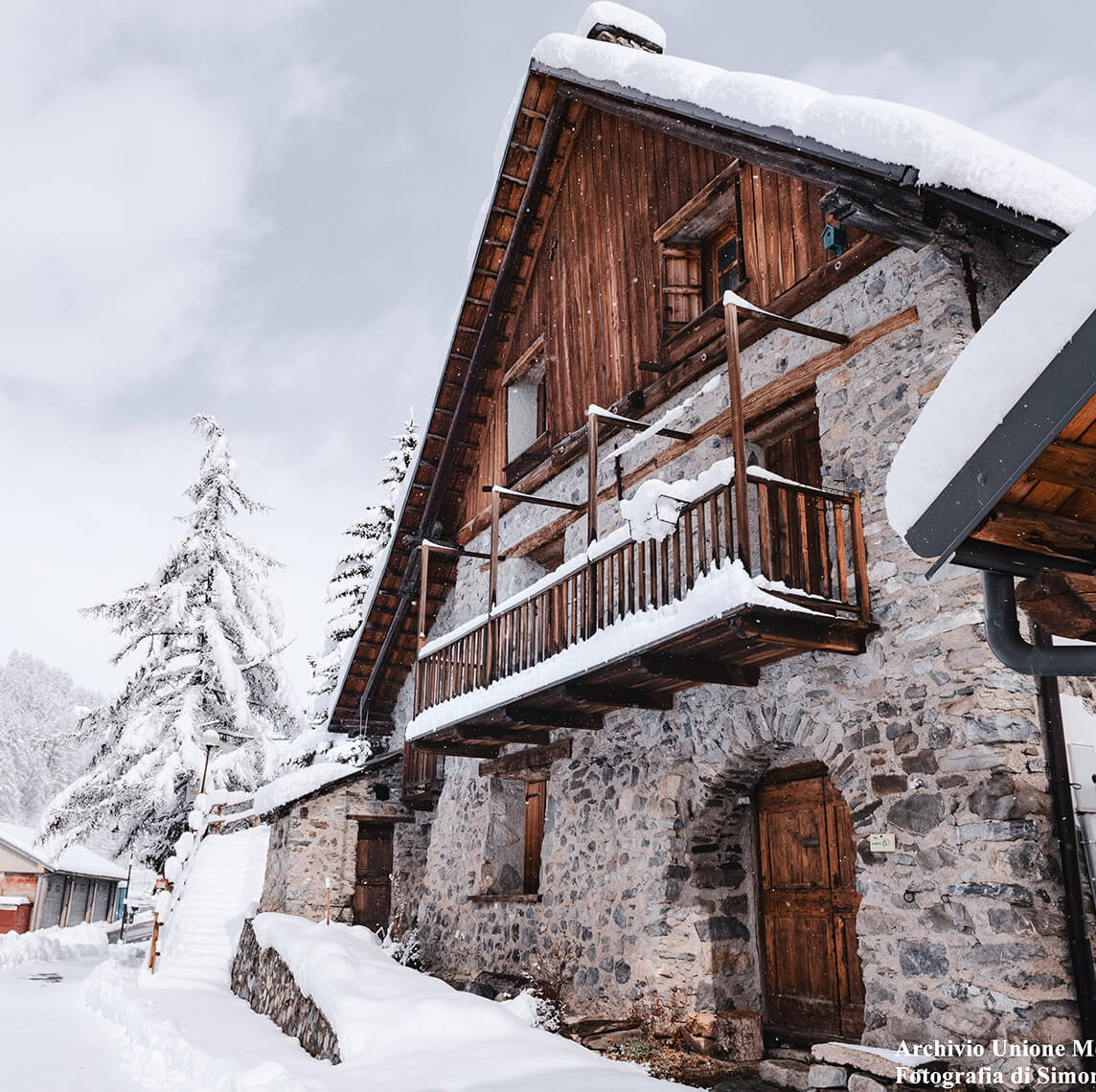 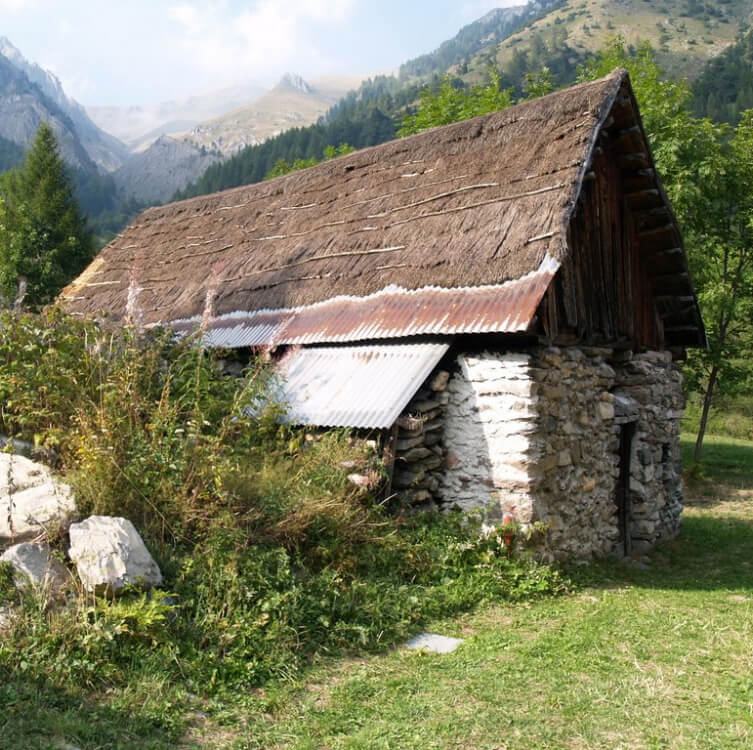 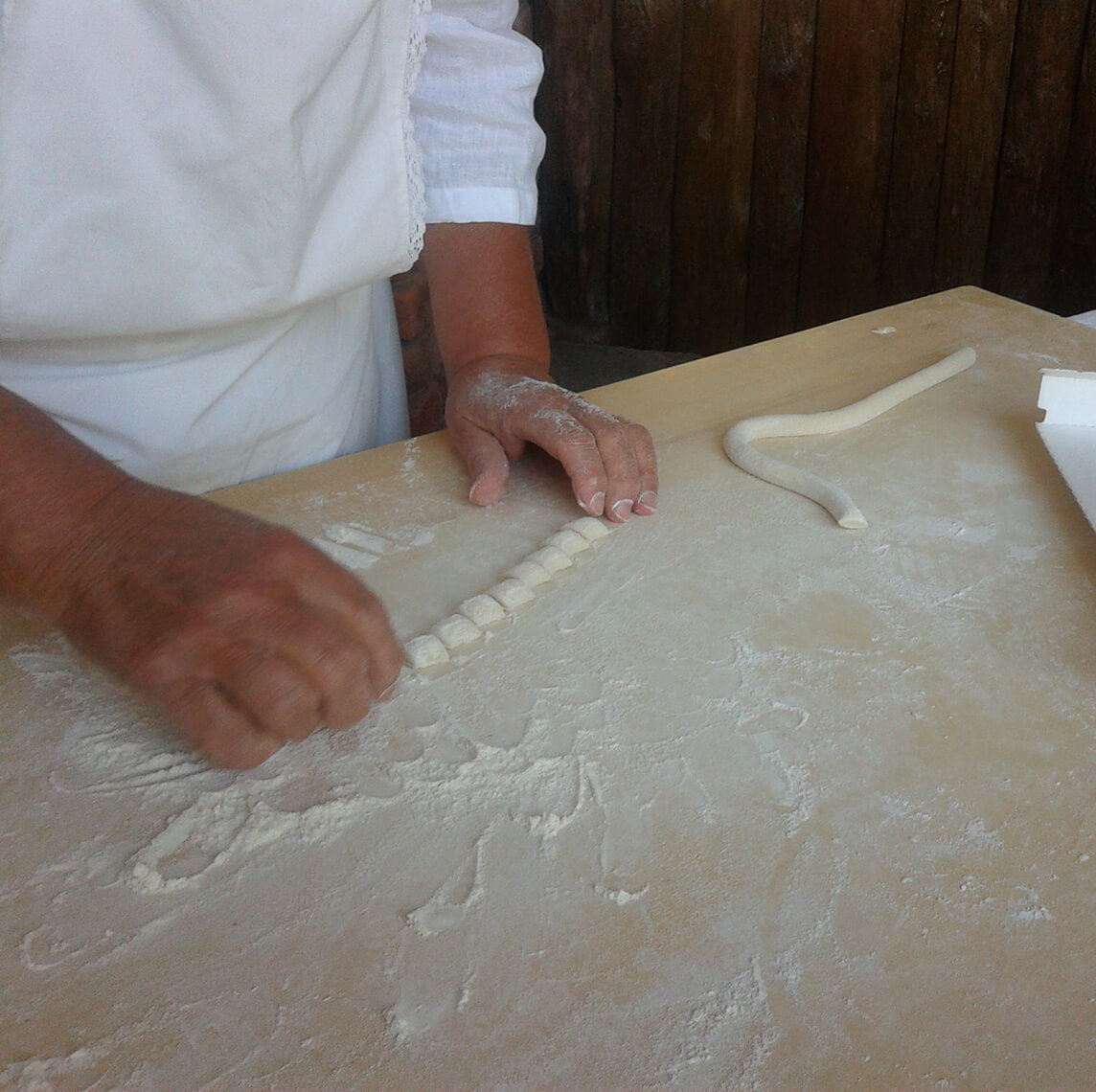 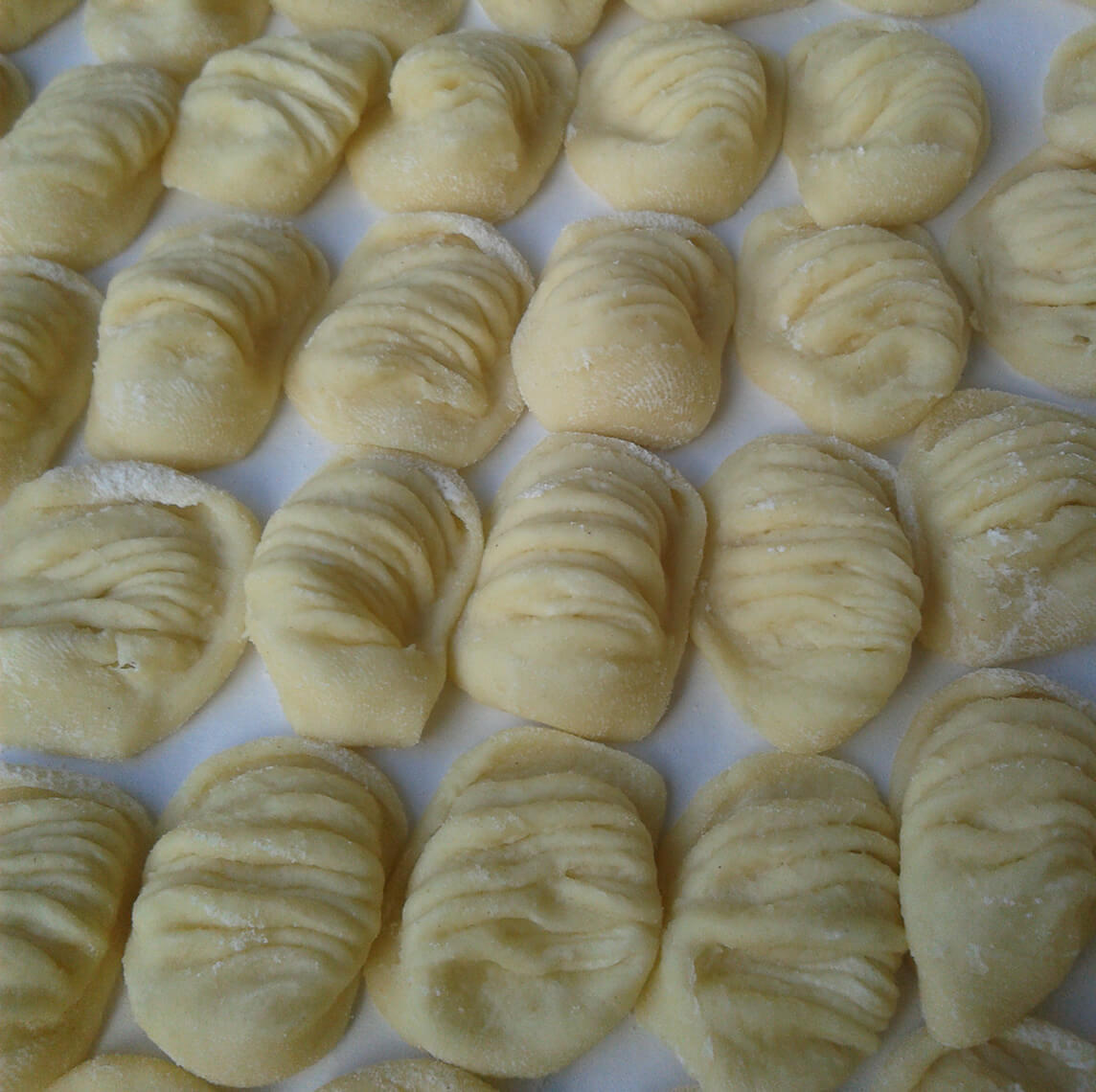 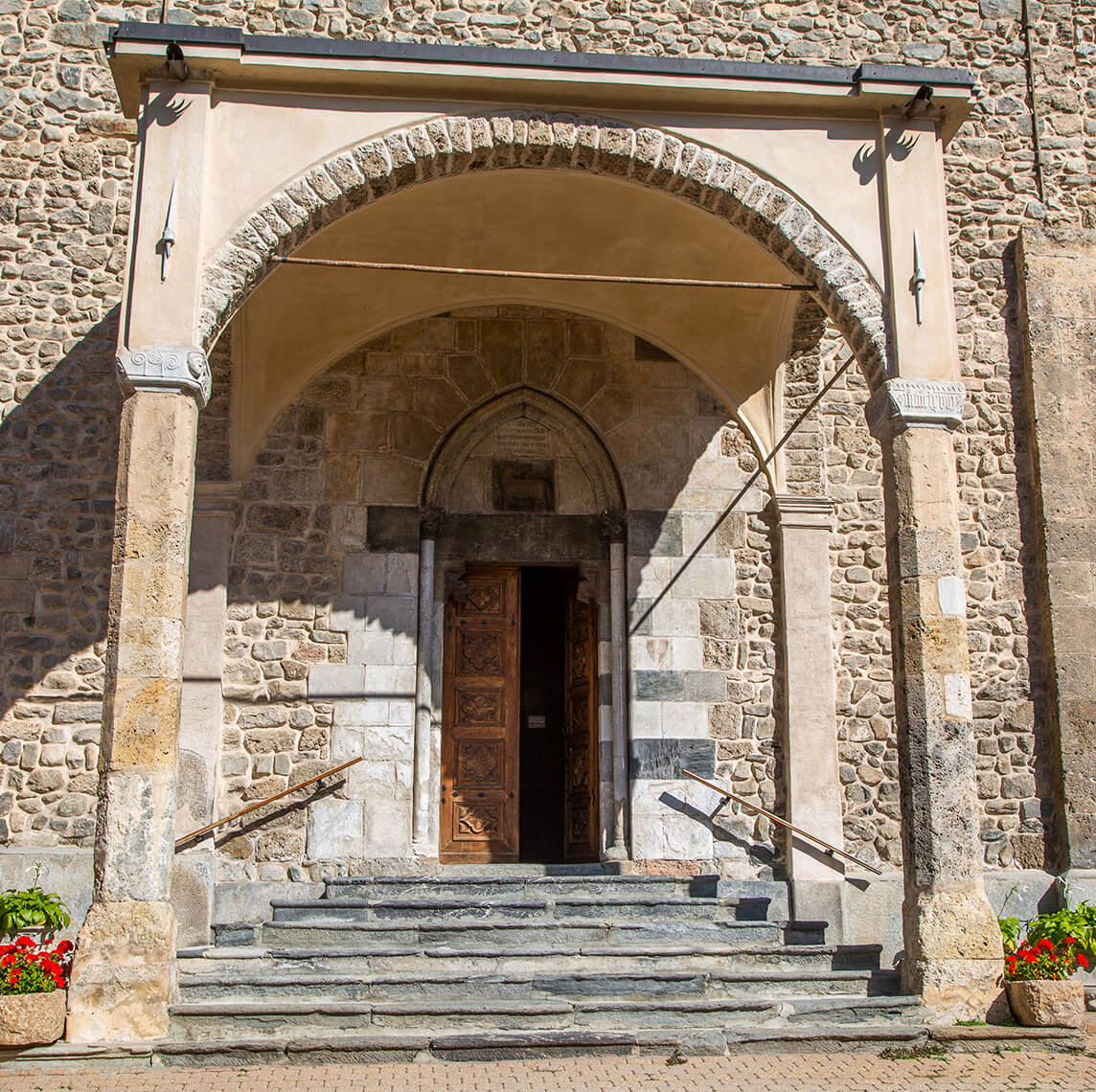 The Ugo giants
Battista and Paolo Ugo were born in Vinadio on June 21th, 1876 and June 28th, 1887. They immediately distinguished themselves from their 5 brothers for their proportions out of the norm that made them being perceived as two giants. In autumn 1891 the life of these two brothers underwent a sudden change. Battista was sent by his father to work as a lumberjack in Barcelonnette, France where he was noticed by the owner of a traveling circus who proposed him to join the bandwagon, offering him earnings and notoriety. Battista accepted and in 1905 his brother Paolo joined him. The two brothers, renamed Géants des Alpes, toured the whole of Europe with their shows. They settled in Maison- Alfort (Paris) where Paolo died at the age of 26, after a short illness. At 38, Battista, then alone, moved to America to join the Barnum & Bailey Circus in New York, and there died in 1916. The hamlet of Pratolungo still houses the birthplace of these two giants.

The pillory stone
The "Pillory Stone" is the only remnant of a disappeared medieval castle. It is located on the east side of the church, at the foot of the bell tower, and it recalls the medieval custom imposed on law violators: the condemned man was washed with numerous buckets of icy water poured over his head while hanging from a rope and then let fall with its bare buttocks on the stone itself.

Your tour of the Fortress of Vinadio can be the right opportunity to treat yourself with a holiday in a valley full of opportunities.

Discover the history of the fortress

HOW TO REACH IT

Skip back to main navigation